If you have found yourself drawn to Japanese gardens, either through ones you have visited or perhaps pictures you have seen, you may have found yourself wishing to bring some of that aesthetic into your daily life.  Perhaps you buy a picture of a Japanese Tea garden to hang on your wall.  Maybe you buy a calendar of Japanese garden scenes.  Maybe you buy a stone lantern, a Japanese maple and a rhododendron and try to make a small garden scene like one you see in a book.  Or best choice of all, you call me, give me a suitcase of $100’s and say “whatever you want to do is great, just make me a nice garden.” 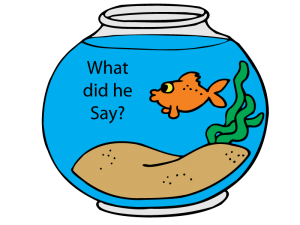 While these are all perfectly good choices, there is another way to bring this aesthetic into your daily life that you may not have thought of.  How about an aquarium?

When most people think of aquariums, they think of a tank of guppies, maybe a salt water tank with some very cool looking anemones and clown fish in it, or even a lowly goldfish in a bowl.

While those are more traditional varieties of fish tanks, there are other ways of setting up aquariuims.  One such way is often called a Nature Aquarium or an Aquascape.  This style was pioneered by Mr. Takashi Amano.  Amano is renowned photographer from Japan that brilliantly brought the Japanese garden aesthetic into the home through an innovative approach to aquarium design and set up.

He is the author of the book “Aquarium Plant Paradise” and “Nature Aquarium World”, a three-book series on aquascaping and freshwater aquarium plants and fish.   His company is named Aqua Design Amano (ADA for short).

While planted aquariums are by no means new,  Amano took them to new levels.  These are not your father’s aquarium.  These are complex systems that utilize high intensity lighting and carbon dioxide injectors to grow plants that could not normally be grown in an aquarium.

This ideal environment for plant growth allows for low growing carpet plants.  This is combined with the artful arrangement of rock work or driftwood on a sloping upward base of sand.  This creates a landscape scene that embodies the feel of a natural landscape in the same way a well done Japanese garden does.

Fish complement the landscape not the other way around

In these tanks, it is not a large variety of exotic fish that is the focus, but instead the scene created by the other parts of the tank.  In fact some of these tanks are even devoid of fish.

While an all plant tank can be beautiful, most tanks do have some form of aquatic life in them.  Most of Amano’s tanks have a large number of one type of schooling fish with the addition of some algae eating shrimp to help clean the tank and add some more interest to it.

Common fish used include cardinal, neon, and other tetras, rasboras, cherry barbs, etc.  The movement of a large school of fish through a well designed nature aquarium can be amazingly calming.

Some aqauscape practitioners ignore fish and instead create tanks with only colorful shrimp in them such as cherry shrimp.  Since shrimp don’t, well shall we say, go number 2 a lot, these tanks are easier to keep clean and limit algae growth in.  Since these tanks have more stable water chemistry, it is easier to create small desktop tanks of a few gallons that still provide a taste of nature in places where a larger aquarium would not fit.

For more information see Amano’s personal website and ADA’s website.   His books are worth a look but some are rather expensive and I would recommend getting them from library if possible.