What’s native to the southeast US, has great red fall color and has huge white flowers that last all summer? It’s the bold oakleaf hydrangea (Hydrangea quercifolia).

I say bold, because with leaves as big as your hand, this is not a shrub for the timid. Sure you could be like everybody else and plant timid little meek girly shrubs like lilacs, burning bush, and viburnum. I say don’t be a wimp and plant a real shrub, one with big bold leave that cry’s out, “Hey I’m here and I won’t be ignored!”

OK, that might be a little over the top. But in some ways it’s not. The oakleaf hydrangea’s leaves can be 8 inches long. Probably not a surprise, it’s leaf is shaped like an oak tree (Quercus).

What that big leaf does is create a bold texture when compared to the smaller leafs of other plants. Oakleaf hydrangea’s have a lot of “visual energy” that draws the eye to them. That bold texture makes the plant really standout.

The oakleaf hydrangea is truly an accent plant for the landscape due to its leaf texture during the summer. It may be too much for some borders, but by itself or in groupings it looks great in woodland style gardens.

Blooms come just when they are needed

After the spring blooms, flowers are a bit harder to find. When it flowers in mid-summer, Hydrangea quercifolia truly shines. White is not the most exciting flower color, but it is probably the one seen most often in nature.  It thus looks the most natural and fits in almost all landscapes.

Another benefit of white flowers is that they are easy to see in dim light, such as in the evenings.

After a few weeks, they slowly color to a pale pink tone. Then in the fall they turn a nice tan color.

In my yard, the flower heads stay on the plants through most of winter. While a dried oakleaf hydrangea flower head can’t complete with a hybrid witch hazel in full bloom in January, they do still provide a nice winter interest, especially when set off with some evergreen ground cover.

Fall is another great season for Hydrangea quercifolia

After the flowers have done their thing in the summer, the bold leaves of this hydrangea turn a red to purple fall color that is a great complement to yellows and oranges of other plants. It is not a brilliant red like a burning bush, but instead is a very nice multi toned effect that evokes feelings of a woodland fall scene.

The stems are brown and after a few years begin to exfoliate. This exposes a cinnamon brown colored bark that adds some color to the winter landscape.

They are great for massing, as accent plants in mixed borders and woodland gardens. I think they look best in the winter especially when they are in a bed of evergreen ground cover.

If they are in a mulched bed alone without evergreens nearby they can look a little bare and twiggy in the winter. However, in the summer they look great in a mulched woodland type area.

My favorite use would be planted throughout a woodland garden under a canopy of deciduous trees such as birch.

Pee Wee Oakleaf hydrangea ((Hydrangea quercifolia ‘Pee Wee’) – This is a smaller plant that gets 3′ by 3′ and have smaller leaves and flowers. Flowers get about 4-5 inches long.

Snow Queen Oakleaf hydrangea (Hydrangea quercifolia ‘Flemygea’) – This one grows 6′ by 6′. It has great flowers that don’t flop over like some of the regular ones and get 6 to 8 inches long. Dirr says it holds up well in full sun and is winter hardy down to at least -22 degrees. This is definitely one to look for if you are in zone 5.

Sikes Dwarf Oakleaf Hydrangea (Hydrangea quercifolia ‘Sike’s Dwarf’) – This is another dwarf one that gets 3′ high and 4′ wide. It also has much smaller leaves than the species. Toss up between this and Pee Wee for small ones.

What zone is it hardy to: 5-9, in extremely cold winter’s flower buds may be damaged or the plants may die back to the ground, but will regrow stems from the roots.

Width: 4-6’ wider with age and a lack of pruning

Sunlight: Sun to shade, needs at least a few hours of sun for flowers. A great plant for a shaded spot or yard.

Cultural Requirements: Oakleaf hydrangea grows best in moist, well-drained, slightly acidic, organic rich soil but hey what doesn’t. They are native to limestone rock soils in the southern US and should do fine in most decent soils. Mulch is recommended for keeping roots cool and moist. Flowers on old wood and should be prune after flowering; remove winter-damaged stems as soon as leaves begin to emerge in spring.

Problems: Pretty trouble free except that deer love them.

If you liked this article, sign up to receive my posts by email by using the form below. 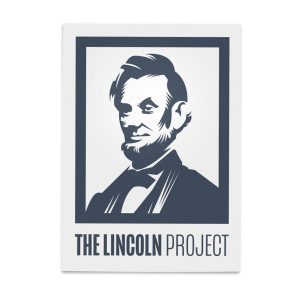